A New Adventure in Writing Begins

This is the first in a new series of posts. The initial series followed my adventures in self-publishing. Those posts focused on everything from working my way through editorial supports, revisions, financing the whole adventure, and some experiences related to marketing my book. Now, I’m going to try to get a book written and published by a traditional publisher.

There may be some expenses related to this adventure, but that will depend on how well I have learned to write and edit on my own, as well as developing channels for getting critiqued that do not require money or contract agreements. My adventures in self-publishing were exciting in their own way and netted me the experience I sought. I just don’t want to repeat the experience, nor can I afford to do so.

I had an idea for a plot for a story aimed at the Young-Adult market and promptly when about writing a partial first chapter. I sent it to a friend who writes middle-grade fiction. His comment was kind but pointed. He wrote, “Remember that dialogue is king,” which was a polite way to tell me that text full of exposition was not “king.” Obviously, I had another steep learning curve ahead of me, so I dusted off some software I own titled Dramatica Pro: The Ultimate Creative Writing Partner. How could I go wrong with that?

How has Dramatica Pro worked for me, you ask? The jury (ie my intellect) is still out on that question, because Dramatica Pro is based on something called Dramatica Theory, which is a theoretical, deconstruction of the structure for works of fiction, be they novels, or short stories, or plays, or screenplays. The analytical side of me, honed by years of study in pure science and later in educational psychology, loved Dramatica. The creative side of me was still that of a rather naïve individual who is ignorant about what constitutes good dialogue and how to develop great characters. The analytical side of me was happy with a useful structure to work with.

I have been engaged in this personal right brain/left brain conflict for about four weeks now, and so far it hasn’t ripped my brain into two. Here are some things that I have gleaned from Dramatica which have been useful so far:

· I have identified and developed the basic descriptions for eight archetypical characters.

· I have started sketching out my plot using a five act, rather than a three act format.

· I consider each act as journeys between signposts that mark the beginning, middle, and end of my story. Act I is the journey to the first signpost, and Act V is the journey from the last signpost to the very end of the book. I note that my favourite Scandinavian crime novelists, namely Jo Nesbo and Henning Mankell, both use a five act structure to great effect, although I had no idea what a five-act format for a novel was until I worked through the Dramatica materials.

· Dramatica is not for the impatient novice fiction writer. Fortunately I am doggedly persistent and manically capable of endless repetition. These are the very traits that tend to drive others crazy and exactly the traits required to survive using Dramatica Theory as an approach to writing.

Thus far, I have an idea of structure and an idea of character and character interactions. I have a sense of plot development and understand the Dramatica concepts of theme and genera. I am still struggling with character development and am not even close to developing an approach to dialogue. I’ve engaged other muses, genies and gurus to help me in that area. They will be the subject of my next post. 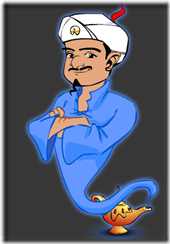 Filed under Writing a book